✨ Wellness Wisdom vol.27: on being loved or lovely 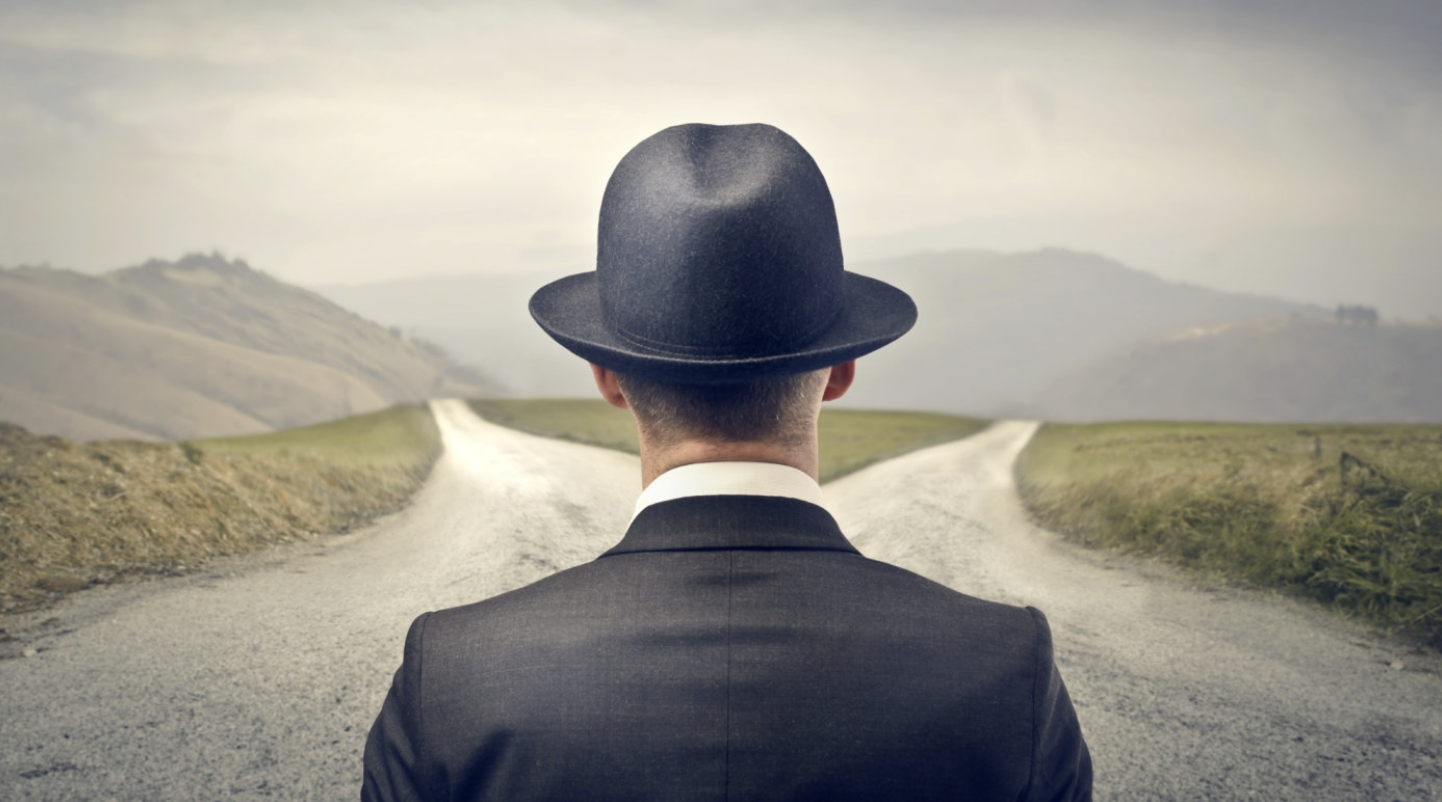 Some quick personal updates: I’ll be joining Calm as a Sr. Product Manager next week! I also announced the launch of Welldom Studio - a weekend Product Studio that builds experiences to help humans be more mindful & well. I’m humbled and elated to finally align my career with my passions, and will continue to share my journey through this newsletter.

November has finally arrived in SF. 🍃 I’m currently in my PJs, sipping hot chocolate, and inhaling the crisp air from an ajar window nearby.

Its been a mellowing week post elections. But with with hints of PTSD, for sure. Am I allowed to feel hopeful again? Do I need to continue to scan for signs of regression?

I’m beginning to understand the psychological burden that those who’ve lived in wartime or depression might have experienced. The constant humming of a subconscious scanning for threats. A mental CPU process constantly running on 10% for the past 4 years. Unnoticed, until viscerally & physiologically felt during a pinnacle moment of elation - a new projected president is elected.

Maybe like me, you thought that your immediate life and mental state would be largely unscathed from any presidency, due to the bubble of blue or red you live in. How this could be further from the truth. The values of the society we live in, personified through the president we elect, matters. Character and decency matter. Just like the inner turmoil we feel when our thoughts, words, and actions don’t align - this extends into the congruency we feel with our state, society, and country at large.

Today’s issue is dedicated to a line of thinking that been on my heart for the past few weeks..

With the recent elections, I’ve been coming back to this quote over and over again.

Adam Smith’s reputation mostly rests on his works in economics (i.e. The Wealth of Nations) and how rational self-interest in a free-market economy leads to economic well-being. However, many don’t know that his first major work actually concentrated on ethics, charity, and what it means to be virtuous.

I first read Smith’s Theory of Moral Sentiments when I was a senior in college, and its core arguments have guided the arc of my thinking ever since.

Within it, Smith argues a simple yet subtle tenant:

Being loved and being lovely are two completely separate concepts.

Anyone can be loved. It is bestowed upon us by the identities, possessions, and deeds we take on in order to win the affection and approval of others. The pursuits of money, fame, or power are all part of the same temptation—various paths to being loved, paths to being relevant and noticed by others.

Being lovely, however, is something quite different. We, ourselves, are the barometer by which we bestow loveliness. It is the moral code behind our intentions and what we do when no one is looking. And it’s what leads to the truest form of admiration from ourselves and others at the end of the day.

Being lovely starts with that small voice in the back of our heads.

Even if there is 0 chance of being found out by others, you know. And as you contemplate committing the act, you imagine how an outsider, an impartial spectator of your crime, would react to your moral failure.

This impartial spectator forms the small voice that reminds us that pure self-interest is grotesque and that thinking of others is honorable and noble. That if we harm others in order to benefit ourselves, we will be resented, disliked, and unloved by anyone who is looking on impartially.

To ignore this small voice and shun your morals in the pursuit of attention, is to be loved, but not lovely.

Smith illuminates that we may be tempted at times to be loved without actually being lovely in the quest to secure attention from others. The wise person avoids that temptation in order to secure self-respect instead.

In Joan Didion’s seminal 1961 essay “On Self-Respect”, she alludes to this same internal battle:

To live without self-respect is to lie awake some night, beyond the reach of warm milk, phenobarbital, and the sleeping hand on the coverlet, counting up the sins of commission and omission, the trusts betrayed, the promises subtly broken, the gifts irrevocably wasted through sloth or cowardice or carelessness.

However long we post- pone it, we eventually lie down alone in that notoriously un- comfortable bed, the one we make ourselves.

..I wonder how Trump and Madoff sleep at night.

Yet despite the heinous and public nature of their crimes, the reality is that we all experience similar turmoil in our own lives. Indeed, we’re all engaged in an ongoing battle to secure our own self-respect every single day. Sometimes during large, trajectory-changing moments. Other times, in the whisper of an unconscious choice. Flashing through the vents of our daily routines. Gone in a breath.

In these moments we can choose to either take full responsibility for our faults and triumphs, or point the finger at others. We can choose to act out of malice or out of integrity, honesty, and good principles. We can decidedly short-cut our characters to acquire love or remain truly worthy of the love bestowed upon ourselves.

Deep down we know we are truly lovely when the reputation we secure, mirrors who we actually are. We are no longer an imposter. We become loved as a result of being lovely.

To satisfy the desire we all have in us to be noticed and to be somebody, there are two ways to be loved:

The first path is to be rich, famous, powerful.

The second path is to be wise and virtuous. To earn the admiration of others honestly by being respectable, honorable, blameless, generous, and kind.

And this, I believe, is the great equalizing denominator among all humans. Because no matter if you were born into a life of riches or abject poverty, we all start at the same baseline of self-respect - every step down either Path 1 or Path 2 teeters us across the spectrum of love and loveliness. Towards a mind that is peaceful or fraught.

And so, like Smith, we ask this timeless question to ourselves at the crossroads of life’s kaleidoscope of decisions:

What can be added to the happiness of the wo(man) who is in health, who is out of debt, and has a clear conscience?

To more of our collective loveliness ♥️,

P.S. some of my favorite quotes on self-respect below 👇

“Character — the willingness to accept responsibility for one's own life — is the source from which self-respect springs.”
― Joan Didion, On Self-Respect

“I cannot conceive of a greater loss than the loss of one's self-respect.”
― Mahatma Gandhi, Fools, Martyrs, Traitors: The Story of Martyrdom in the Western World

“I think the reward for conformity is that everyone likes you except yourself.”
― Rita Mae Brown

“When you are content to be simply yourself and don't compare or compete, everyone will respect you.”
― Lao Tzu, Tao Te Ching

“The greatest thing in the world is to know how to belong to oneself.”
― Michel de Montaigne, The Complete Essays

We Can Now Measure Wisdom 🧠

Wisdom is an ancient concept that has gained interest among researchers as a trait critical to well-being and healthy aging. In 2019, UC San Diego created the "Wisdom Scale" with, for the 1st time, neurobiological underpinnings.

In Praise of Gods 🙏

The author argues that it is our empirical (of the senses)—not our rational—insights that lead us towards good intuition. “To sustain the amount of experience needed to develop intuition, you must consume stories, take in all manner of literature, myths, and fables. In earlier times, everyone had a mythological education. More visual media does not have the same effect: TV is so pernicious because unlike other storytelling mediums, it almost never asks you to think, it asks only for your attention.” Could it be that the less our media demands of us - the less we’re able to absorb their lessons into our intuition?

People suffering from schizophrenia may hear “voices” – auditory hallucinations – differently depending on their cultural context, according to new Stanford research. In the US, the voices are harsher, and in Africa and India, more benign. The striking difference was that while many of the African and Indian subjects registered predominantly positive experiences with their voices, not one American did. This is fascinating as it alludes to how culture’s perception on “hearing voices” shift our relationship to illness.

Eric Gilbert’s (assoc. professor at U of Michigan) Google Doc on doing a PhD 📚

On how you should choose a research topic (and on any endeavor in life really): What difference will this work make if you succeed? Who will care about it when you’re done? How will this change what other people (defined broadly) are doing?

On where to find ideas: A lot of the phenomena we see online and around technology are not, strictly speaking, new. Many of them have been thought about and studied in earlier forms. Read broadly (e.g., sociology, social psychology, communication, economics, STS, history, etc.)

A Beginner's Guide to becoming a First-Principles Thinker (v2 just came out !) 🧠

A first principle is a basic assumption that cannot be deduced from any other assumption. In Mathematics, these are called axioms. The goal of first principles thinking is to give you a lens of looking at the world in a way that is grounded in rigorous truth rather than ideological presuppositions and feelings. This guide is super well-researched and I hope you’ll join me in devouring it.

Kevin Love’s letter to Anybody Going Through It 💌

Appreciate Love’s letter on his continuous battle with anxiety and depression. He doesn’t prescribe any quick-fix aphorisms through his writing, but rather speaks vulnerably and starkly about his ongoing struggle.

This power couple left Apple leadership to start a new IoT company. As the company explains in a video on its website, Humane wants to put control back in the user’s hands and give consumers back some of the precious time they’ve spent glued to their screens.

Endel is a technology that is built to help people focus, relax, and sleep. It does so by generating a personalized sound system.

But the ultimate vision is to move beyond sound. i.e. “You come back home, and our algorithm goes - ‘oh, you just had that meeting, you've been stuck in traffic, and your heart rate is about your testing average’ - it dims the lights, changes the temperature, creates a soundscape, and arranges the whole environment around you based on the context of your day.” Whoa.

Is a fun and whimsical dating app that connects you to others through fun drawing challenges. Loving this new take on connecting with other digitally.

“The Attention Economy” short captures the modern desire to scroll endlessly and grab a device when there’s a moment of downtime. It’s based on research from James Williams, a former Google employee, who’s critical of the ways companies capitalize on distraction and have turned attention into a commodity.

Tim Ferris publishes the most important podcast he’s ever done in his life: My Healing Journey After Childhood Abuse

Some nuggets I found to be very thought-provoking: 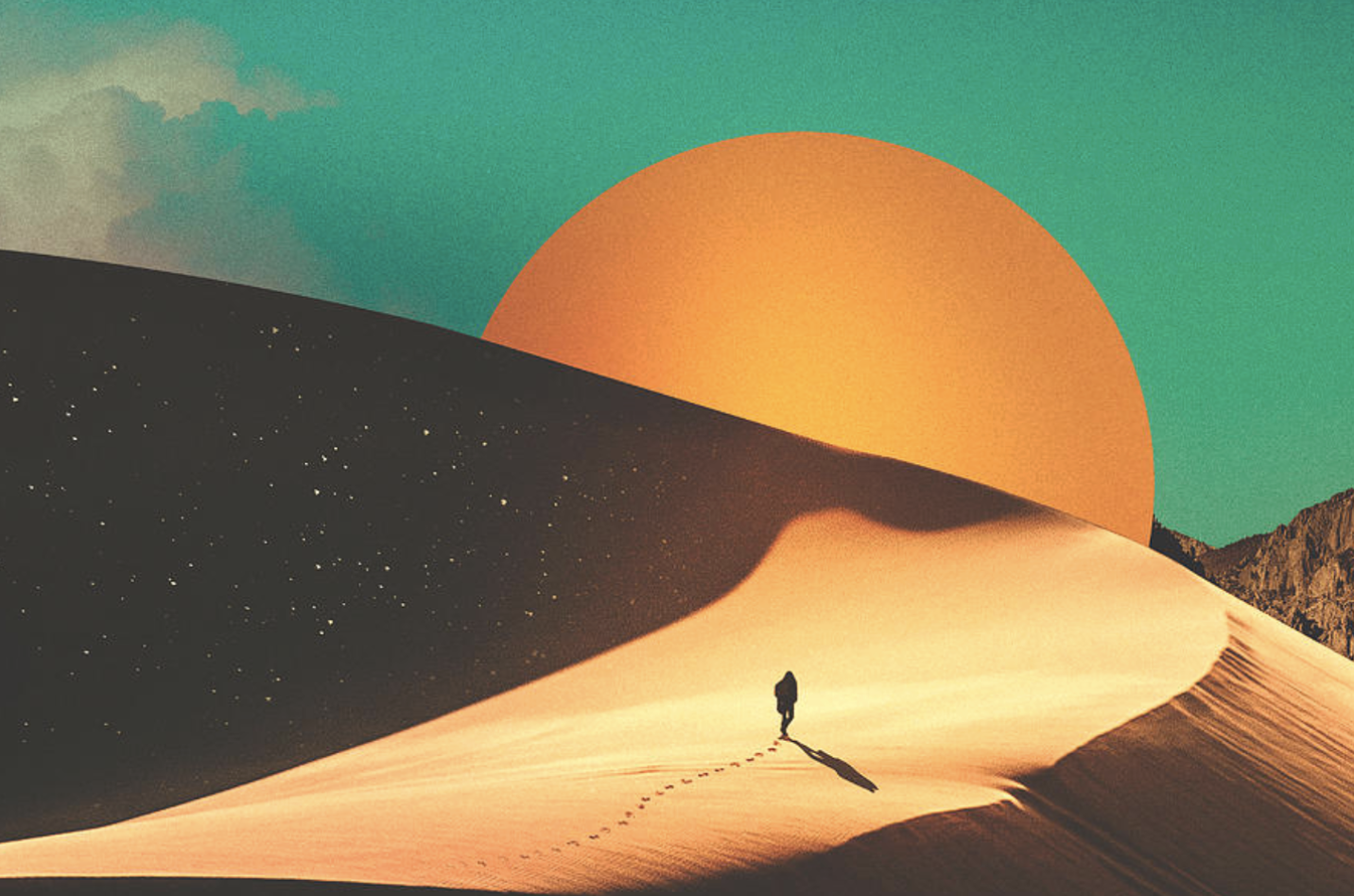 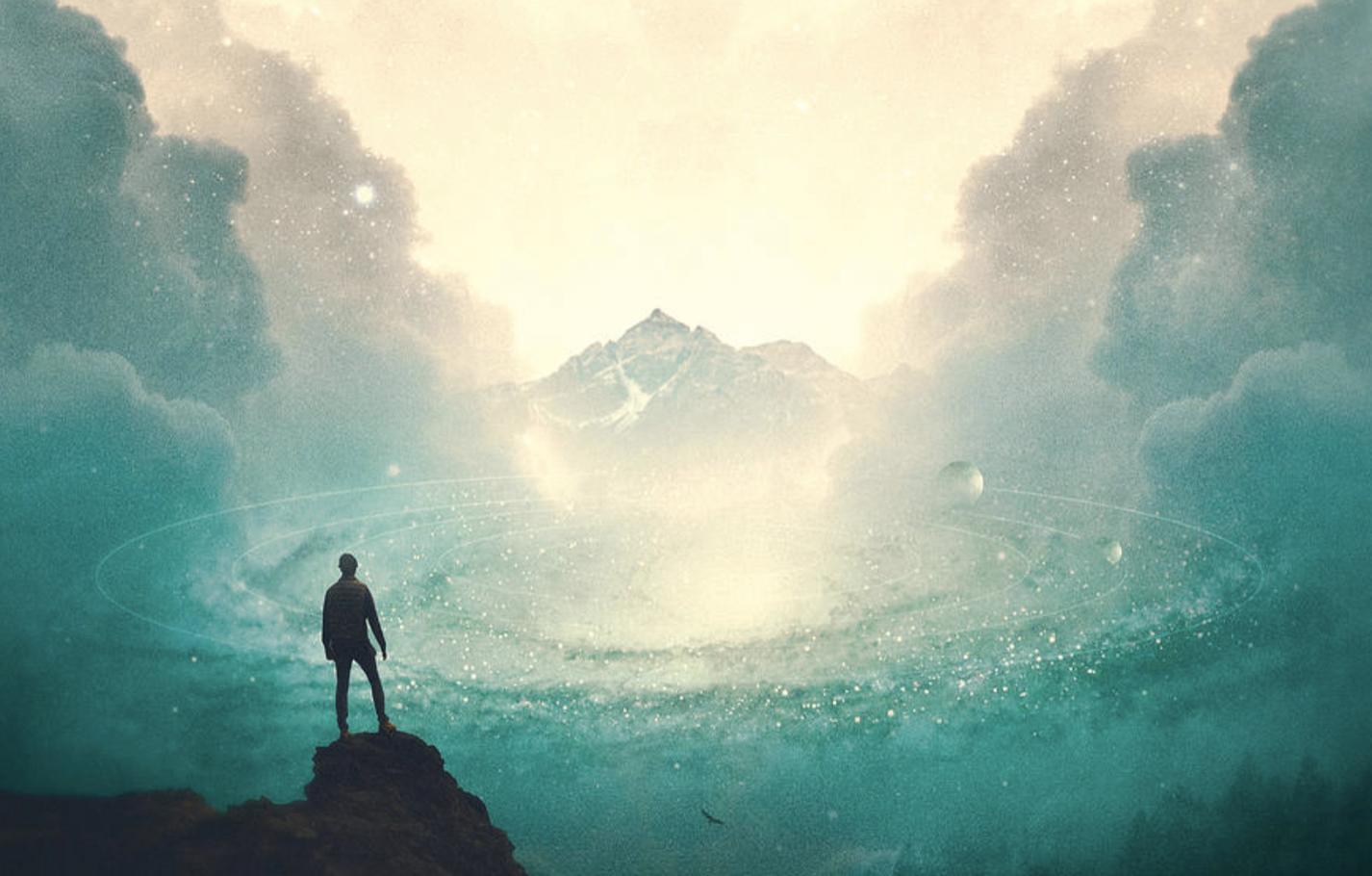 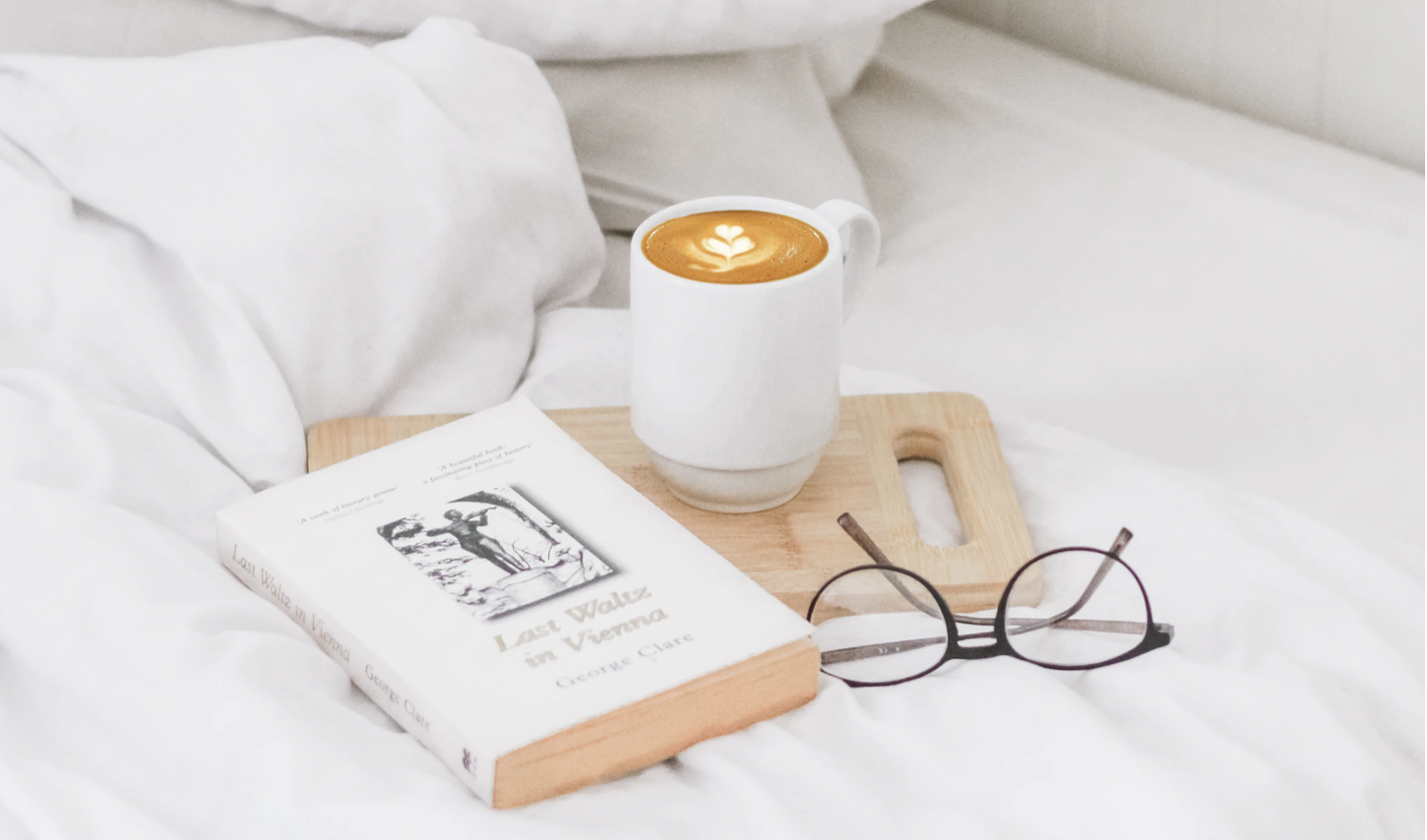